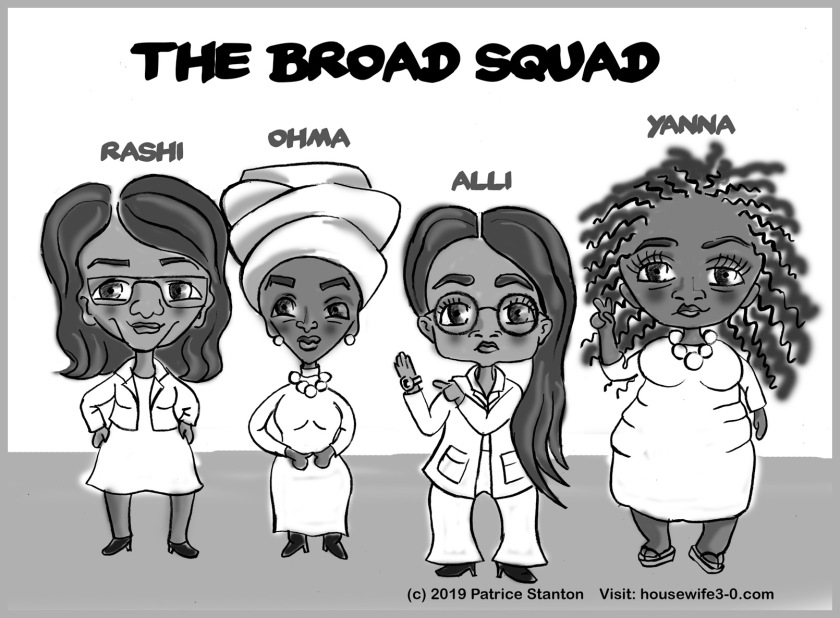 Imagine these overlord-lites stomping on your remaining Liberties for the rest of their lives, because… 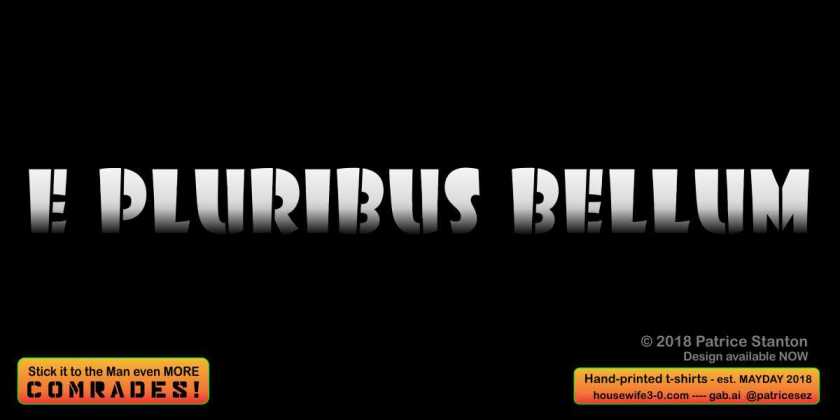 The melting-pot theory was just so quaint. We’re more sophisticated than that, nowadays… 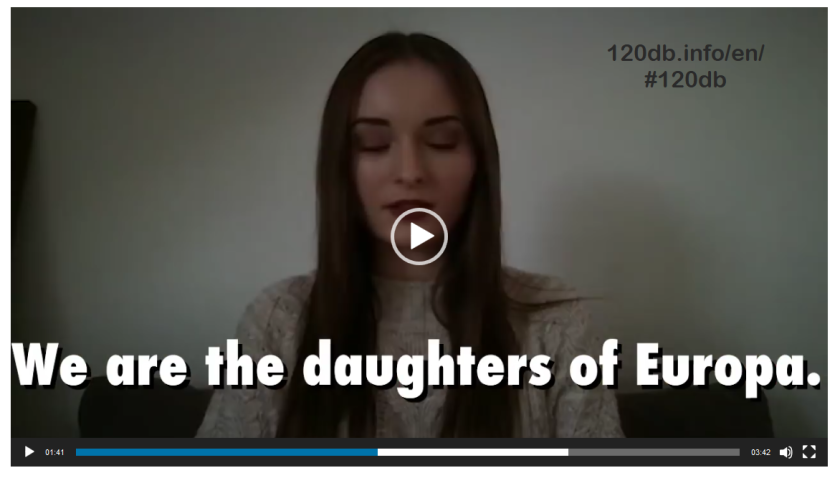 Does the fighting-spirit always resurface when conditions require it? It appears so.

When I watched THIS #120db (120 decibels) video, I realized they were speaking to me as well as to their sisters in Europe at the proclamation, “We are the daughters of Europa!” My foremothers (and forefathers) came from England, France, and the Netherlands. To be honest, probably a couple of other locales fed my family tree, as well. What a betrayal if I turn my back on my roots, my people. 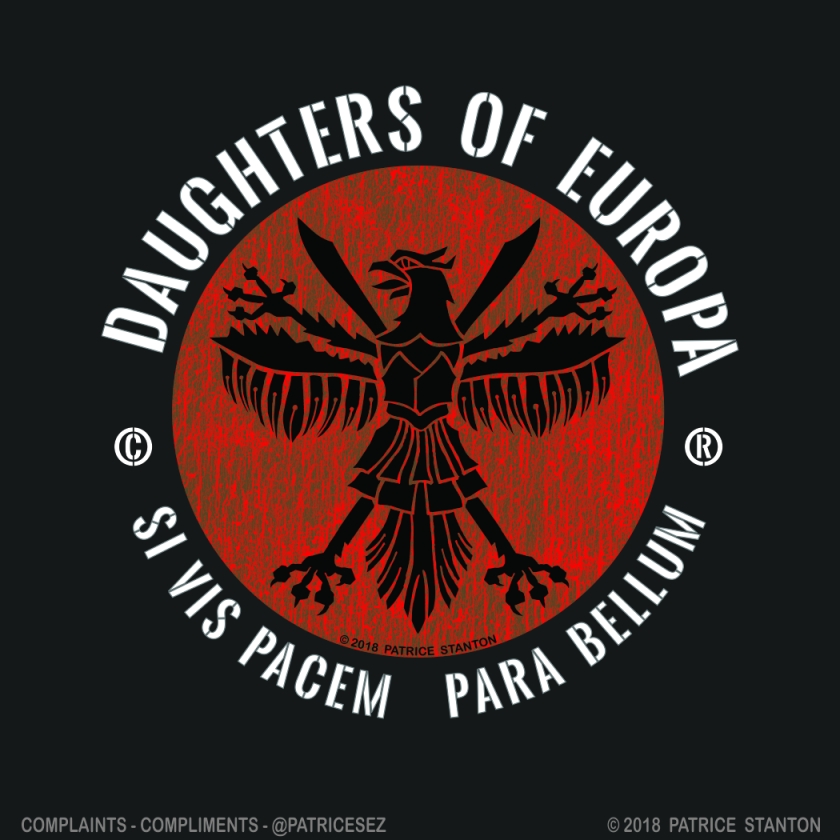 My design had to be aggressive, so I looked at Europe’s great national crests and in the end was most inspired by Poland’s. It just so happens they are one of the few countries fighting to preserve themselves against the tsunami of smartphone wielding “refugees” overwhelming Europe. I took many liberties with it, especially modifying it to reflect a desire for Peace, symbolized by the pen-point feathers, combined with the willingness for War if the attempt at peace should fail (swords visible over both shoulders).

America may have split from Britain nearly 250 years ago, but many of us descended from those British upstarts will always have more in common with the “spirit” of Europe than with cultures to the south of America.

It’s in my Teespring store now.

I made this last Thursday evening, from an old CafePress graphic of mine, to “decorate” the latest (at that hour) from the R.O.P. (R), and forgot to post it here. Silly me, thinking I wouldn’t have another opportunity shortly.

Posted today, on the occasion of the latest news from the, “But ALL religions commit #Terrorism” desk. 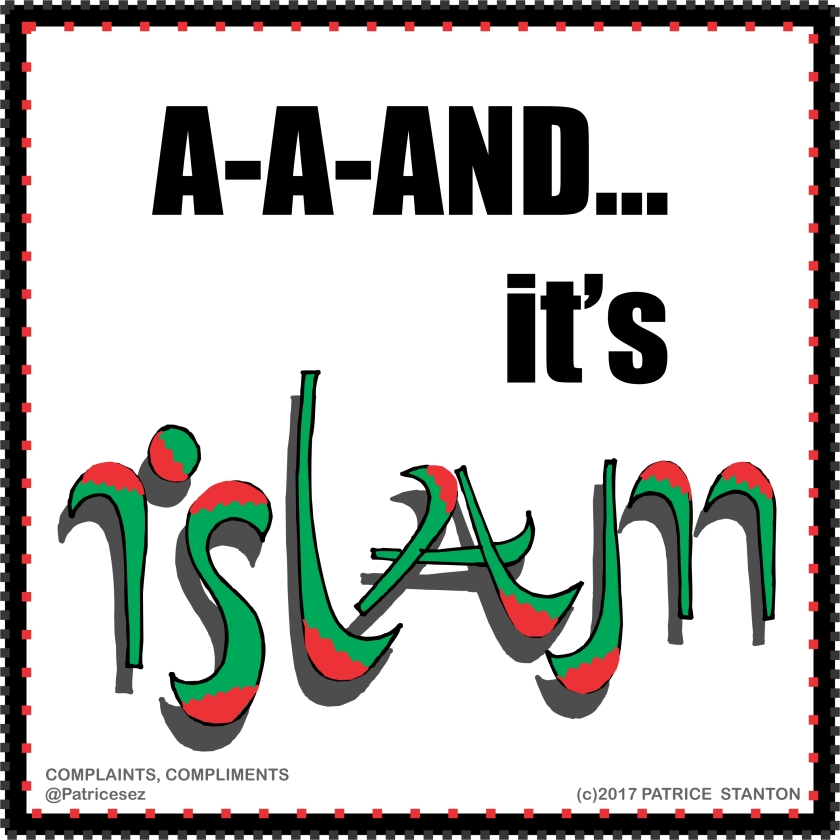 My first Teespring design got pulled by request from a third party. I don’t have time or $$$ to legally butt heads with a likely-deep-pocketed organization aligned with Illegal-immigrant-kid charities. So, chalk another win, I guess, for the Borderless-America crowd.

Find the original inspiration here. That they use an American flag header on their progressive (i.e. Marxist-communist) site still chaps me. 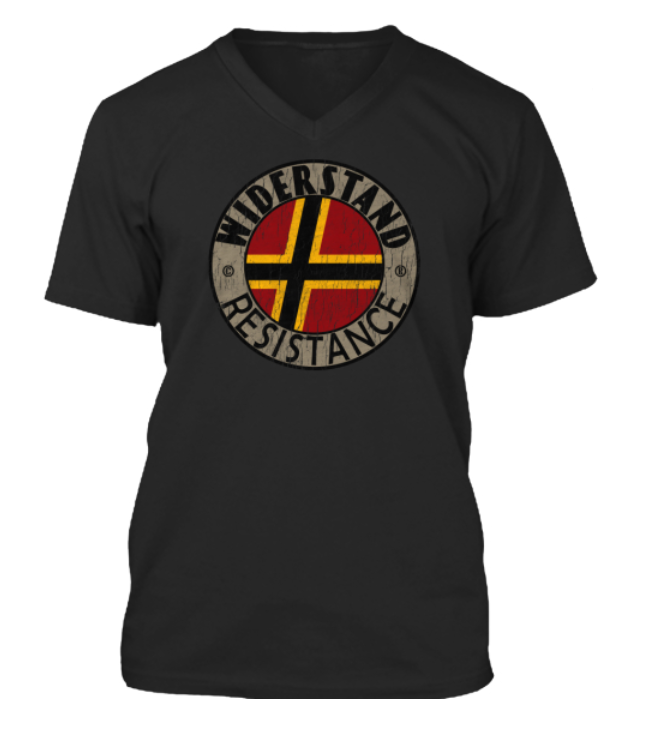 Find lots of info at the Gates of Vienna here (which was the inspiration for the first design I made of “Widerstand” plus the German-Resistance flag motif, back in October 2015). I like this second one even more.

Here’s some background from Wikipedia on those 1940’s anti-NAZI flags which forms the center of this design.